home > All about Gaz > Why use lpg > PRODUCTION

Find out more about the gas distribution chain

LPG stands for “Liquefied Petroleum Gas”. The term is widely used to describe two prominent members of a family of light hydrocarbons called “Natural Gas Liquids” (NGLs): propane (C3H8) and butane (C4H10). The other members of the NGLs family, ethane and condensates, have their own distinctive markets.

The term “liquefied gas” may seem a contradiction in terms since all things in nature are either a liquid or a solid or a gas. Yet, liquidity is the unique character of LPG that makes it such a popular and widely used fuel. At normal temperature and pressure, LPG is gaseous. It changes to a liquid when subjected to modest pressure or cooling. In liquid form the tank pressure is about twice the pressure in a normal truck tire, which means it is very safe when properly handled.

LPG is a derivative of two large energy industries: the processing of natural gas liquids and the refining of crude oil. 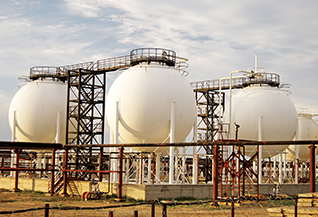 When gas is drawn from the earth, it is a mixture of several gases and liquids. Commercial natural gas is mainly composed of methane. However, it also contains ethane, propane and butane in accordance with the specifications for natural gas in each country in which it is distributed. Therefore, before natural gas is marketed, some NGLs, including LPGes (propane and butane) are separated out, depending on the ”wetness” of the gas produced: NGLs represent 1 to 10% of the unprocessed gas stream. Some NGLs are also trapped in crude oil.

In order to stabilize the crude oil for pipeline or tanker distribution, these “associated” or ”natural gases” are further processed into LPG. Worldwide, gas processing is the source of approximately 60% of LPG produced. 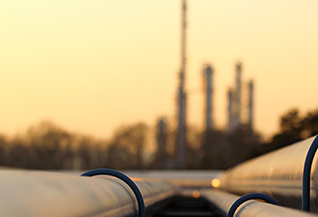 In an oil refinery, LPGes are produced at various stages: atmospheric distillation, reforming, cracking and others. The LPG produced will be between 1 and 4% of crude oil processed. This yield will depend on the type of crude oil, the degree of sophistication of the oil refinery and the market values of propane and butane compared to other oils products. Worldwide, refining is the source of approximately 40% of LPG produced.

Like all other hydrocarbons obtained from oil and gas, LPG has its own distinct marketing advantages and can perform nearly every fuel function as the primary fuels from which it is derived. Furthermore, LPG supply is growing faster than any other oil products. As a result, demand for LPG is steadily growing throughout the world and forecasts show this trend will continue